I was educated at Michaelhouse High School in Natal, South Africa, where I was converted to Christ through the ministry of Michael Cassidy, a well-known South African Evangelist. I then did my theological training at Rhodes University, where I majored in Biblical Studies and Systematic Theology, after which I obtained my PhD in the field of New Testament Studies at the University of Cape Town.

My career has gone through various stages, first as pastor and church planter, then as coach and overseer to pastors and churches, then as developer of educational systems and textbook content, and more recently as author, mentor and theological consultant. I have been a conference and seminar speaker for most of my career, speaking and teaching in more than twenty countries.

The shift from the role of pastor and overseer of pastors to education and training began in 2000, when Vineyard Bible Institute was launched as an online system, replacing the earlier post-based system located in Vineyard Anaheim, California. Various iterations of VBI then led to a brief period of working for Vineyard Leadership Institute (Columbus, Ohio) followed by the role of Academic Dean of Vineyard Institute. When Vineyard Institute began to be restructured into different national entities (instead of a centralized international entity) I was employed by a group of Vineyard National Directors to complete my publishing program, address theological issues, and mentor emerging theologians. This arrangement ended in January 2021.

While Academic Dean of Vineyard Institute I created and taught nine courses. Such courses continue to be offered in national entities that have replaced VI, in the USA, the UK & Ireland and South Africa.

My new role, focused primarily on an international mentoring project, was launched in 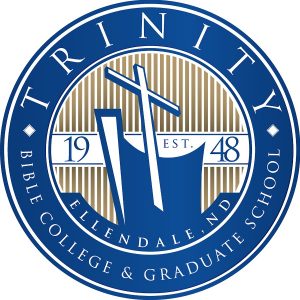 April, 2021. Ongoing publications and theological consulting will continue as subsidiary roles. Also beginning in 2021 is my role as Adjunct Professor at Trinity Bible College and Graduate School in North Dakota, teaching courses and grading thesis capstone’s in the Master of Missional Leadership program.

When VBI was launched in 2000, it followed on the heels of the creation of Vineyard International Publishing, which served to assist Vineyard authors to launch their publishing careers. The South African closed corporation, of which I was one of two office bearers, was closed in 2020, to be replaced by a new iteration of VIP in 2021. All my books have been published through VIP.